Woohoo! If everything goes to plan, Chris Porter and I will be taking our AWS for VMware Admins talk on the road to the April 2017 Scottish VMUG. Even more interesting is the fact that Ian Massingham, AWS Chief Evangelist will be there too!

Yes, that’s not only an AWS session at a VMUG, but a senior person from AWS in the house too! Has the world gone MAD?! 😮

For those people who have been living in a bunker on the isle of Jura for the past few years, AWS has been taking the IT industry by storm. So much so, at VMworld 2016, VMware announced their new product “VMware Cloud on AWS“!

Whatever the reasons that VMware have decided to do this (and I’m not going to go into my opinions of that right now), it leaves VMware admins in a position where even if they aren’t already doing some AWS today, the likelihood of them doing so in the near future has just jumped by an order of magnitude! 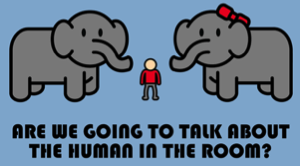 Meanwhile in a parallel universe…

What’s the session about then?

The session is a quick intro on the key features of AWS, some tips on how to learn more and get certified, as well as some of Chris and my experiences of working with and designing for AWS (which is rather different to doing things in VMware, for sure!). We also cover some ways to protect your account when you first start, to avoid becoming a bitcoin mining statistic!

Hopefully it should be a pretty interesting session, especially if you haven’t had much exposure to AWS yet!

What else can you see at the event?

As always, there will be many awesome speakers at the McVMUG event, including a keynote from Joe Baguley, a Real World Nutanix session from James Kilby, and my good friend Robbie Jerrom doing a session on Cloud Native Apps (which is well worth seeing!).

There will also be a load of other sessions, so check out the agenda below:

Wrapping up the event there will also be the eponymous vBeers event from 5-7pm (address TBC), so make sure you hang around after and join us for what is often the best part of the day!

Lastly, thanks very much to the McVMUG sponsors, Zerto, Morpheus and Pure Storage, capito, IGEL Technology and Softcat, without whom it would not be possible to hold these events!

You can register for the event at the Scotland VMUG workspace here:

The location is The Studio, 67 Hope Street, Glasgow, G2 6AE, which is pretty easy to get to via your preferred public transport methods, though I will be flying in that morning so may be slightly late arriving.