On day two of VMworld Barcelona 2017, our team of intrepid podcasters were able to catch up with Chief Operating Officer of Customer Operations, Sanjay Poonen, for a chat about life, careers, cloud architecture, VMware strategy and the startup space!

It was a great conversation and clear to see how passionate Sanjay is about the organisation, but more importantly, the people around him. He ended the podcast with a few nuggets of career advice which I think are well worth taking on board for anyone, regardless of seniority or time in the industry. The episode is well worthwhile a listen for this alone! 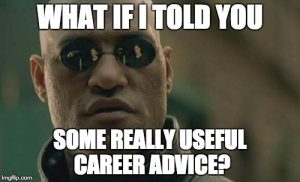 Once again, Kev, Ather, Amit and myself were there in person, with Gareth remotely dialled in from the UK via Zoom, albeit via a rather dodgy wifi connection at our end!

We were fortunate enough to sit down with both Sanjay and Pat Gelsinger at the event (find interview post here!). It’s great to see senior leadership at as huge an organisation as VMware taking the time out of their insane conference schedules to involve themselves in community initiatives, such as the Open TechCast! 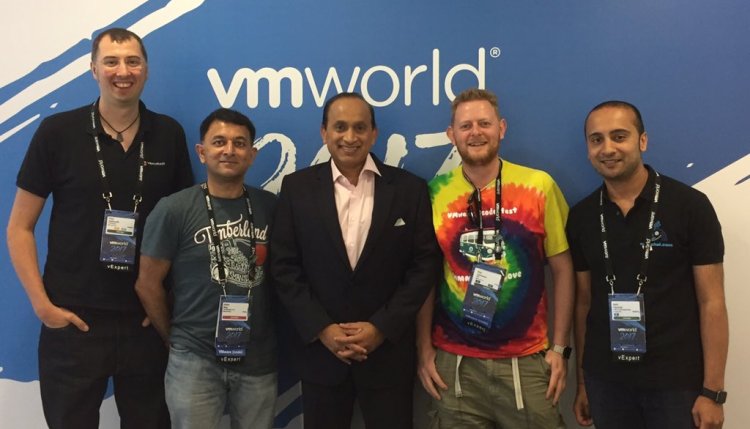 Community engagement is one thing I think VMware continues to do better than most organisations in the industry. It’s probably (at least in part) VMworld continues to attract larger audiences every year, even when other public cloud vendors are taking such large chunks of attention and market share.

Finally, massive thanks again to Sanjay for taking the time to hang out with us! It was a blast!

EP7:- A Bit of a COO – A quick Conflab with Sanjay Poonen

Make sure to subscribe to the show using your favourite pod-catcher of choice, and follow us at @OpenTechCast on Twitter, where we hope to continue our conversations well into the future!

Open TechCast – The One with Pat Gelsinger

The title does kind of give it away, but the co-hosts of our humble little community podcast were fortunate to spend 40 minutes or so this week with VMware’s CEO, Pat Gelsinger.

We discussed Pat’s journey into to VMware, the difficulties of maintaining a healthy work/life balance, gender equality in the workplace, the transition from traditional licensing models, the future of SDDC and much, much more!

Needless to say, it’s been pretty difficult keeping this one under wraps, especially as we didn’t want to jinx it! 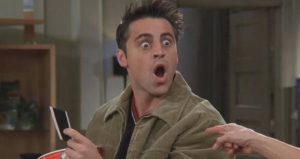 Kev, Ather, Amit and myself were able to be there in person, but we also managed to dial in Gareth remotely from the UK via Zoom, for a full complement of co-hosts! At one point in the show we happened to be discussing Moore’s law, when Moore’s cousin Murphy decided to jump in unannounced!. Despite putting fresh new batteries into the recorder shortly before the interview, they gave up the ghost, mid-session!

Fortunately, our keen eyed co-host and sound man, Kev, spotted the issue and was able to avoid disaster! There were a nervous few minutes after the session when we were testing the recording for corruption, I can tell you! It just goes to show that no matter how much planning you do, unexpected events can still crop up!… 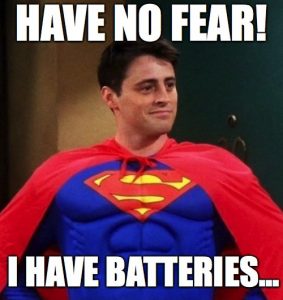 Anyway, massive thanks again to Pat for taking the time to hang out with us, and we very much look forward to a re-run next year if the opportunity arises! 🙂

How can I listen?!

EP6:- Life, technology and everything with Pat Gelsinger

We also have another very special guest coming up in our next episode, so make sure to subscribe to the show using your favourite pod catcher of choice, and follow us at @OpenTechCast on Twitter!

And finally… whatever you do, just keep an eye out for that Alan Renouf, he’ll be CEO before you know it… 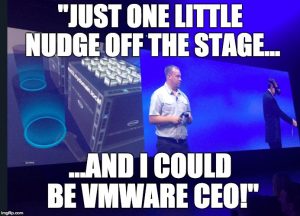 As with every year, the final day of VMworld was a pretty subdued atmosphere. In the main this is due to the number of people who head home early, combined with the those left looking distinctly hungover from the VMworld party on Wednesday night! Fortunately I remained reasonably coherent all night, other than in the act of losing my voice somewhat due to the volume, (Yes, I am turning into a grumpy old man who likes his virtual slippers by the fireside) and the inevitable VMworld lurgy, which in my case kicked in during rather than after the event!

The morning was largely spent shooting the breeze, chewing the fat, grinding our axes and many other classic metaphors, with the guys in the bloggers area. Needless to say we set the world to rights, defined the product strategy VMware should be taking for the next 20 years, and redefined the UK tax system so that it was fairer for all involved… ahem

I managed to squeeze in a couple more sessions over lunch time, including a great group discussion on NSX and vCD integration led by Ray Budavari and Wade Holmes. The vast majority of people in the room came from service providers, and of those only one was using NSX without vCD, so it appears that there is life in the old dog yet!

One of the interesting points from the session is that it looks as though the different editions of NSX will eventually be rationalised. vSphere will likely be the “favourite child” of NSX, getting new features first etc, but multi-hypervisor support will continue to be a feature in the future. Probably quite reassuring if you have already made a significant investment in the technology, though upgrades are likely to be a bit of a concern as they bring together the different Code Streams (groan).

After that I managed to catch up with the inimitable Alastair Cooke, key member of the #vBrownbag posse, who gave me some excellent advice for my upcoming trip to Storage Field Day 8. It’s always a pleasure to catch up with Alastair. He was a massive help in passing my VCAP-DCD4 back in the day, so if you don’t already subscribe to his excellent blog, I highly recommend you check it out!

Another VMworld Europe comes and goes, and much like the US edition there weren’t a huge number of life-changing announcements to write home about. Of the things which were in play however, Cloud Native Apps were most definitely front and centre! VIC is a great option for those organisations looking to get their feet wet in the container space, whilst being assured of the security that comes with being backed by the support resources of a company like VMware.

If you’re a software vendor or enterprise with some chunky legacy custom applications and you are considering going down the CNA route, just remember you don’t need to boil the ocean! Instead of spending the next 3 years cloudifying™ and microservicing™ your app for some major release, think about starting small.

For those customers wanting to scale beyond the 10k container limit imposed by vCenter itself, Photon will be an option too, though I have a sneaking suspicion that customers of that scale may look at doing something a little more open/custom anyway.

When it comes to VMware’s other applications you can definitely see some decent forward momentum, particularly in products which have been bought in and integrated, such as vRA and NSX. In many cases I think the migration processes to the newer versions are all a bit too “rip and replace unless you have a 100% vanilla install”, but as the products mature further I think this will become less of an issue. It will definitely cause a few customers some pain in the short term though, especially if they just went out and spent thousands on PSO to implement the current version, only to have to redo half the work to upgrade! I guess you could continue to hold off until a later version if you want to reduce hassle, but if you never set a foot on the path you’ll never actually reach your destination!

It was great to catch up with many old and new faces at the event, especially at the vExpert event and in the bloggers area. It’s funny how you feel you kind of know people pretty well before you’ve even met them, if only via your 140 character interactions, so when you’re actually face to face for the first time it’s like catching up with old friends!

I was kindly invited to do a wee interview for VMworld TV by Eric Sloof at the vExpert party on Monday night. If you want to take a look, the link is below. I won’t embed it as the thumbnail image looks like I’m having some kind of embolism!
https://www.youtube.com/watch?v=N8CXTxvtb-I

If you didn’t manage to attend the event, it’s not too late to take advantage of some of the awesome content and sessions. VMware post a significant number of the most popular sessions on YouTube for free public consumption. Did I mention they’re free? Andreas Lesslhumer has kindly put together a summary list of all of the available videos from both US and EU events here:
http://www.running-system.com/vmworld-2015-general-sessions-and-technical-sessions-available-online/

Needless to say I’m very much looking forward to next year’s event already. If you want to attend, I suggest you preregister now to be notified when tickets become available:
https://www.vmworld.com/en/pre-register.html

Walk a mile in another man’s shoes…

I know it has now become something of a tradition to post how far you walked during the week, so here are my stats. I would caveat however that I am not a lazy bar steward, I’m 6’7″ tall, so I don’t need to take as many steps as other people! 🙂

It now becomes obvious why everyone says bring comfortable shoes! 🙂

Quote of the Week

This undoubtedly goes to VMware CTO Joe Baguley, during the CNA Panel session on Day three:

Baguley's Law: Every conversation about IT ends with "It’s a people/process problem, not a technology problem" #VMworld #CNA5379