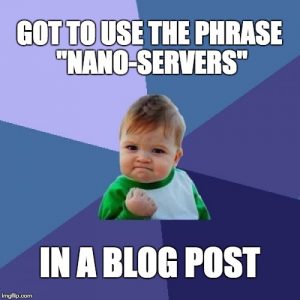 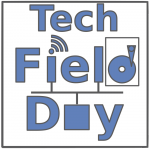 For those people who haven’t heard of Tech Field Day, it’s an awesome event run by the inimitable Stephen Foskett. The event enables tech vendors and real engineers / architects / bloggers (aka delegates) to sit down and have a conversation about their latest products, along with technology and industry trends.

Ever been reading up on a vendor’s website about their technology and had some questions they didn’t answer? One of the roles of the TFD delegates is to ask the questions which help viewers to understand the technology. If you tune in live, you can also post questions via twitter and the delegates, who will happily ask them on your behalf!

As a delegate it’s an awesome experience as you get to spend several days visiting some of the biggest and newest companies in the industry, nerding out with like-minded individuals, and learning as much from the other delegates as you do from the vendors!

So with this in mind, I am very pleased to say that I will be joining the TFD crew for the third time in San Jose, for Tech Field Day 12, from the 15th-16th of November!

As you can see from the list of vendors, there are some truly awesome sessions coming up! Having previously visited Intel and Cohesity, as well as written about StorageOS, it will be great to catch up with them and find out about their latest innovations. DellEMC are going through some massive changes at the moment, so their session should be fascinating. Finally, I haven’t had the pleasure of visiting rubrik, DriveScale or Igneous to date, so should be very interesting indeed!

That said, if there was one vendor I am probably most looking forward to visiting at Tech Field Day 12, it’s Docker! Container adoption is totally changing the way that developers architect and deploy software, and I speak to customers regularly who are now beginning to implement them in anger. It will definitely be interesting to find out about their latest developments.

If you want to tune in live to the sessions, see the following link:
Tech Field Day 12

If for any reason you can’t make it live, have no fear! All of the videos are posted on YouTube and Vimeo within a day or so of the event.

Finally, if you can’t wait for November, pass the time by catching some of the fun and highlights from the last event I attended:

Storage Field Day 9 – Behind the Curtain