FreeNAS 0.7.2 NFS and iSCSI Performance in a vSphere 4.1 Lab

While doing some lab testing and benchmarking for my upcoming VCAP-DCD exam I came across some interesting results when messing about with NFS and iSCSI using FreeNAS. I plan to re-run the same set of tests soon using the EMC Celerra simulator once I have it set up.

The results are from very simplistic testing using a simple buffered read test only (it would be reasonable to expect write times to be the same or slower, and this is just a quick test for my own info). For this I used the following sample hdparm command in some Ubuntu VMs:

A sample output from this command would be:

As this was a quick performance comparison I only repeated the test three times per storage and protocol type, but even with this simplistic testing the results fairly conclusive.

Test HW was based on my 24GB RAM ESX and ESXi cluster in a box solution [hence some results will be faster than you can achieve over a gig network as this is all running on one host] running under Windows 7 64-bit with VMware Workstation 8. Components are:

The results of the testing are as follows:

As you can see, FreeNAS with NFS does not play nice with ESX(i) 4. I can confirm that I have seen stats and posts confirming these issues are not aparent in the real world, with NetApp FAS or Oracle Unified Storage (which is aparently awesome on NFS) but for your home lab, the answer is clear: 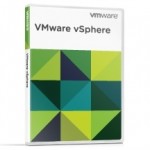 So its that time of year again, when we VCPs have to bone up on the latest developments in the VCP world and get our exam done in time before we have to go cap in hand to our line management asking for them to pay for a course we never needed in the first place. In order to avoid this embarrassment, VMware kindly give us the opportunity (as existing VCPs) to pass the VCP-510 exam by 29th Feb 2012, bypassing the course attendance requirement (fair enough!).

As per usual, I have left this pretty much until as late as I feasibly can while still giving time for the (hopefully never required as yet) resit, meaning I am booked in to sit my exam on 1st Feb.

For the sake of others who are also planning to take this exam, I plan to post the links to all of my study aids below, along with any other hints/tips I come across for studying towards the VCP5 exam. If it only helps out one or two people it’ll be worth the effort.

One point worth highlighting is that reading books is all very well and good, but there’s no substitute for actually “doing it”. The best thing I would suggest is to create a home lab and use the vSphere 60 day evaluation to have a play with all the latest features. I have accomplished this in a couple of ways, but I found the most flexible to be running 2 x ESXi hosts and a copy of FreeNAS 7 inside VMware Workstation 8 (using NFS or iSCSI). I’ll try to create a post on this when I have time, but do a quick search on google for lots of other people with similar setups.

This should be considered a “living list” for now, and I will endeavour to update it as I find/use further resources.

Please feel free to send me any links to practice questions and I’ll vet them and add them to the above list.