Just a quick note to remind everyone that it’s not too late to register for the London VMUG tomorrow (23rd June 2016), at TechUK, 10 Saint Bride Street, London, EC4A.

The new team has an awesome agenda lined up, including:

I will sadly miss the last of these as I will be in the other track. Having changed my name by deed poll to “TBC”, I will be assisting the inimitable Matt Northam, talking about “Extreme VMware Datacentres”. I will be following the basic principles of PechaKucha, minus the actual time limit. I may even get through my 20 slides in as little as 5 minutes, so don’t blink or you’ll miss it! 🙂 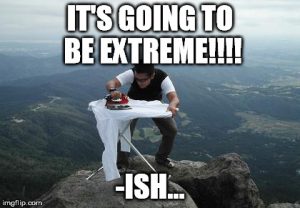 To wrap up the evening there will also be a Luxury vBeers event, so make sure you vote when polling stations open at 7am, so you don’t have to go rushing home after! 🙂 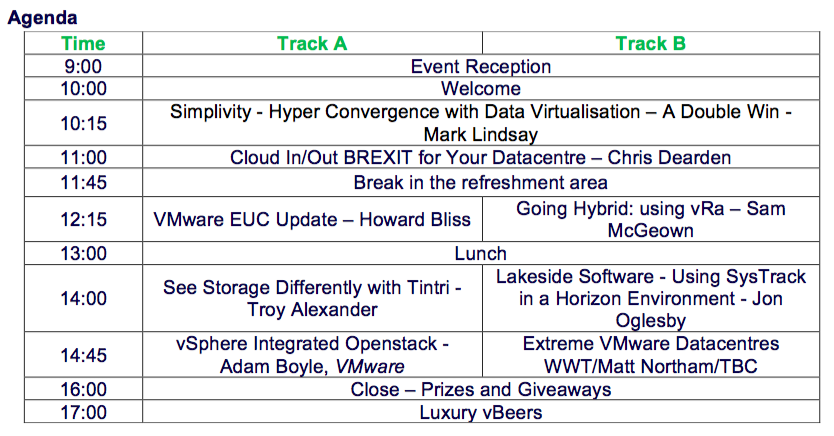 Lastly, thanks to our sponsors, Simplivity, Lakeside Software and Tintri; without them we would not be able to have such great events and an awesome venue!

So this is just a very brief post to firstly say don’t forget it’s the London VMUG on 14th April 2016, at Tech UK (10 Saint Bride Street, EC4A). There are a load of really interesting sessions coming up, both vendor and community.

It should be an awesome day! 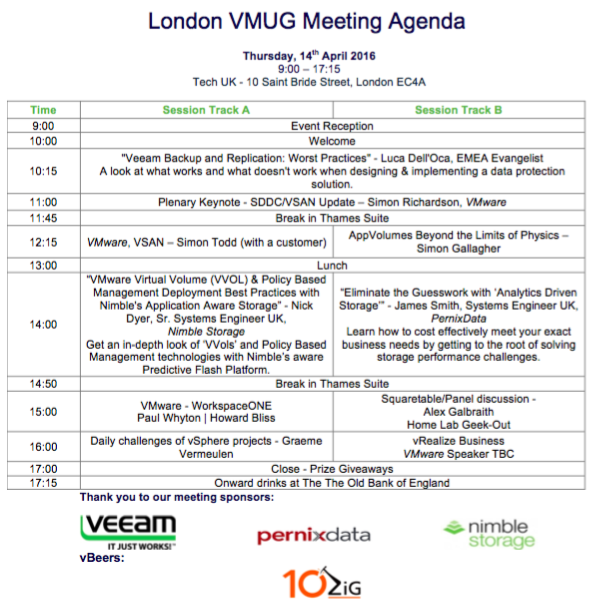 If you want to come along and be part of a slightly unique session, never been seen before, never been done before, and will probably never be done again (especially if when all goes pear shaped!), then feel free to come along to the Open Homelab project session I will be attempting to herd / steer / keep on the rails!

I suggested a few months ago to Simon G that we do some roundtable sessions at the London VMUG and volunteered to run some as an experiment. These are my favourite sessions at the UK VMUG as you get a dozen or so people round a table and chew the fat on a specific subject area.

It turns out that we don’t actually have anywhere in our new venue to run this session for a small group, so instead, it’s been converted into a “square table”, i.e. “no table” session in one of the standard rooms instead!

Running a roundtable with a room full of people is certainly going to be a challenge, a bit of an experiment, and worst case scenario it all falls apart and we never do it again! Yay! But, hopefully it will actually be a really worthwhile session, and I plan to share the results here afterwards as kind of a crowdsourced homelab advice tree or something! To be honest with less than two weeks to go I haven’t really figured out the details yet, but rest assured by a week on Thursday, I will at least have the title decided! 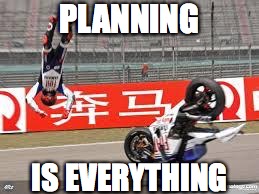 Whatever happens it should be interesting! So if you want to share your homelab requirements with the group and get some advice and tips on how to design and build it, or if you want to tell us how awesome your lab is already and why you chose to build it like that, please do come along to the session and join in! 🙂