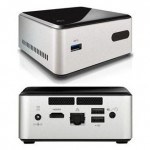 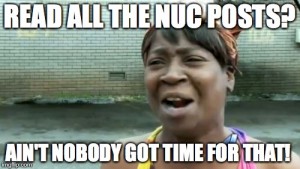 Having successfully completed the VCP6-DCV Delta Exam (2V0-621D) this week, I thought it would be worthwhile jotting down a few thoughts on the exam, and noting the resources I used to prepare for it.

I’ve previously completed the VCP3, VCP4 and VCP5 “DCV” exams, however being specifically a delta exam, this one was a little different. The exam primarily covers the differences between vSphere 5 and vSphere 6, with a handful of seemingly more general questions.

For summary impressions of the exam (i.e. the TLDR), jump to the end of this article! 🙂

Preparation
I used the following resources in prep for the exam:

The Exam
The exam itself was different to any previous VCP exam I’ve done. I would say that because the scope of the exam was much narrower, the depth of the questions seemed to me to be significantly more, with a few really tricky ones thrown in there.

Over all if I was to do it again (and when it comes time to do the VCP7 in a few years) I would probably just do the full VCP exam, rather than the delta. That way you can be sure of a decent number of the easy peasy questions which will probably be on stuff you’ve been doing for years, as well as the new stuff you may not know quite as well.

Obviously having not done the full VCP6 exam I can’t say this for sure, but I would say it’s a pretty good bet.

Yes I fully admit that this article is click bait, but i can promise you that attending the event below will help you learn all about VMware’s latest and greatest release (and a few other things besides), as well as having the opportunity to network with some awesome like-minded individuals!

The event agenda is below and follows the usual mix of vendor sponsors and top notch community sessions, followed by a couple of cheeky lemonades at the vBeers event at the Pavilion End at the end of the day.

As an added bonus it seems that the night before the meeting, the crew from TECHUnplugged will be in town and everyone is invited to a vWhatever session (vBeers, vWine, vCurry, vWhatever!), location TBC. Keep an eye on Jane Rimmer’s blog for more info!

I am hoping to be at the event, having only missed one in about the last 3 years, so if you do spot me there (I’m the 6’7” Scottish bloke”)!