So I was doing a bit of a refresh on Hyper-V for a project I have upcoming later this year and I came across a superb offer from Microsoft and Prometric which was released in September last year. I would say I’m surprised I missed it, but at the time it was released I was on paternity leave after the birth of my second child (a reasonable excuse I think!).

For more information on the offer see here at the Microsoft Virtualization Challenge page:

Details for the exam itself can be found here:

Signing up for the free voucher is not exactly crystal clear from the description, but all you actually need to do is phone up your local training provider (our preferred supplier is Global Knowledge and their test centre is near me so I called them first) and their Microsoft team simply emailed me a free voucher!

The main proviso is that you must complete the exam by 31st May 2012, giving you 4 months, which seems reasonable enough to me… As it happens, I’ve booked my exam for just 3 weeks after my VCAP-DCD, so it looks like I’ll be cramming a fair bit for the next couple of months!

Once the VCAP-DCD is is out of the way, I’ll post up the training materials I use for the 70-659 in case they are of some use to others.

So I completed my VMware vSphere: Design Workshop [V4.x] last August, but just a week after that my second daughter was born. 6 months (and many dirty nappies) later, I have finally gotten around to looking at taking the exam! I did consider simply waiting for the vSphere 5 DCD exams to be released, but considering how long the v4 exams took to be released, I don’t think it’s worth the wait just now.

I plan to take the exam in late March, giving me 8 weeks to prepare, so much like I did with my VCP5 Exam Prep Guide, I will post an expanding list of my VCAP4-DCD exam prep materials below, in the hopes that it may be of some help to others. 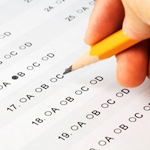 The exam itself was reasonable, and not massively dissimilar to the VCP 4 in terms of difficulty and question style. The content was all pulled pretty much directly from the exam blueprint, so if you are confident you know the blueprint, then you should be ok with the exam. I would also STRONGLY suggest you take the official mock VCP-510 exam once you feel you are prepared enough, as it will give you a really good feel for the exam and if you pass it comfortably, you will almost certainly do fine in the real one.

The exam has a total of 85 questions to complete in 90 minutes, which sounds tight, but when some of the simpler questions have very short (e.g. 1 word) answers, you can get through those in just seconds, giving you more time to complete the more tricky ones. Just don’t panic about time, or even bother looking at the clock until you’re at least 60 questions into it. I completed mine in about an hour.

as my main study aid, followed by building several test environments (thanks to the vSphere 60 day evaluation) and doing loads of practice questions etc. I would highlight the fact that his book does not cover much about the extras which are likely to come up, such as the VSA, vDR and even a basic knowledge of other VMware products (Workstation, Server, View etc). I would suggest a little time is dedicated to understanding the basic capabilities of these products too (perhaps a little unfair as the exam is on vSphere but hey?!).

Next task: VCAP-DCD 4 (backwards I know)!